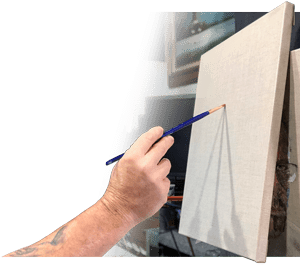 I was doing the ArtStir in Denver and met a really nice guy from London named Malcolm. He hung around for awhile, and my wife and were having a great time chatting with him. He was blown-away by how beautiful Colorado is and told us he had seen a bald eagle swoop down and grab a fish from a lake he was visiting.

He said “I don’t suppose you’ve got anything like that lying around have you?” I think I replied with some bad pun like “not really my cup of tea”. My wife chimed in and told him “Dave can paint that for you, he can paint anything”. I winced inside, but told him that indeed I could do that for him. (my wife doesn’t usually throw me under the bus, but like I said, he was a genuinely delightful gentleman!) He gave me a deposit right then and there and was back off to England the next day.

Nothing against eagles and other critters, but I’m not really a “pet portrait” kind of guy! However, I approach every project as a learning class. I learn as much as I need about the physical properties of the animal (feathers, fur, teeth etc,) and work out how to paint those.

Every project teaches you something! I learned a lot by doing this piece and found new ways to add subtle colorings that would not be found in hyper-realistic paintings. This makes it more in keeping with my style, and more fun to paint. 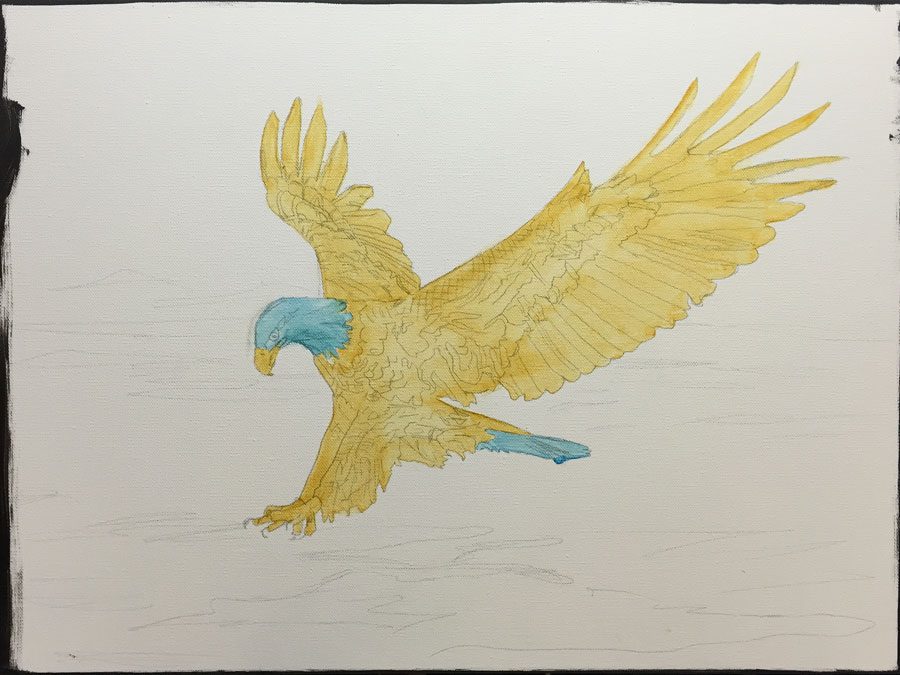 Prep: Step 1
I took a very simple approach to the underpainting on this one.

I used shades of blue in the areas that will end up white, and yellow in the areas of brown, etc. Those colors can tint the final oils to “hint” at a color direction if desired.

Since the sky colors will also be prominent in the water, I have white in both of those areas. I will do a light background that runs over those sections in oils. Then all I have to do is add some color washes over the water portion at the bottom to establish where the sky meets water. 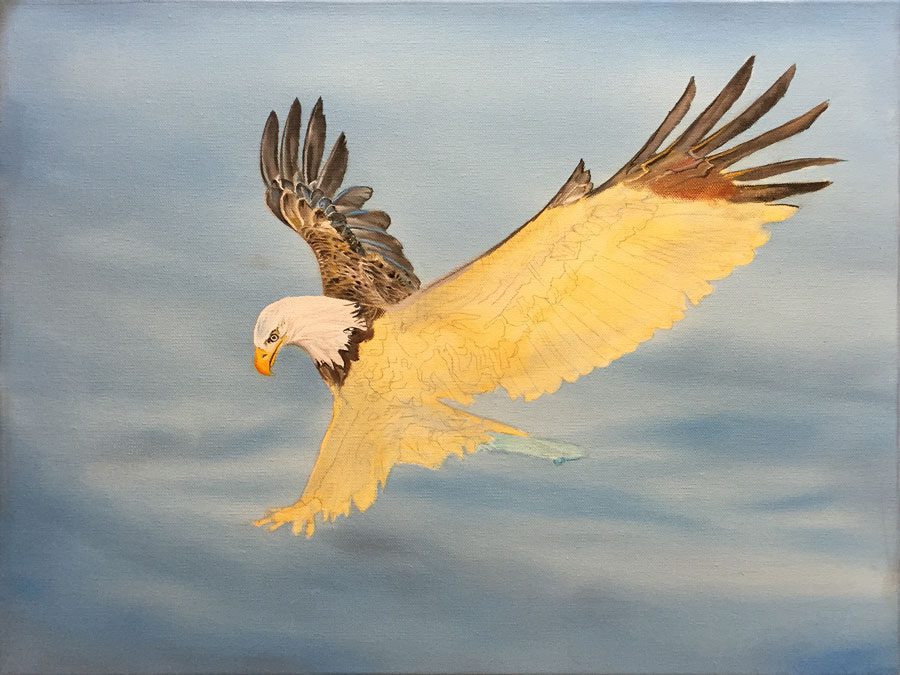 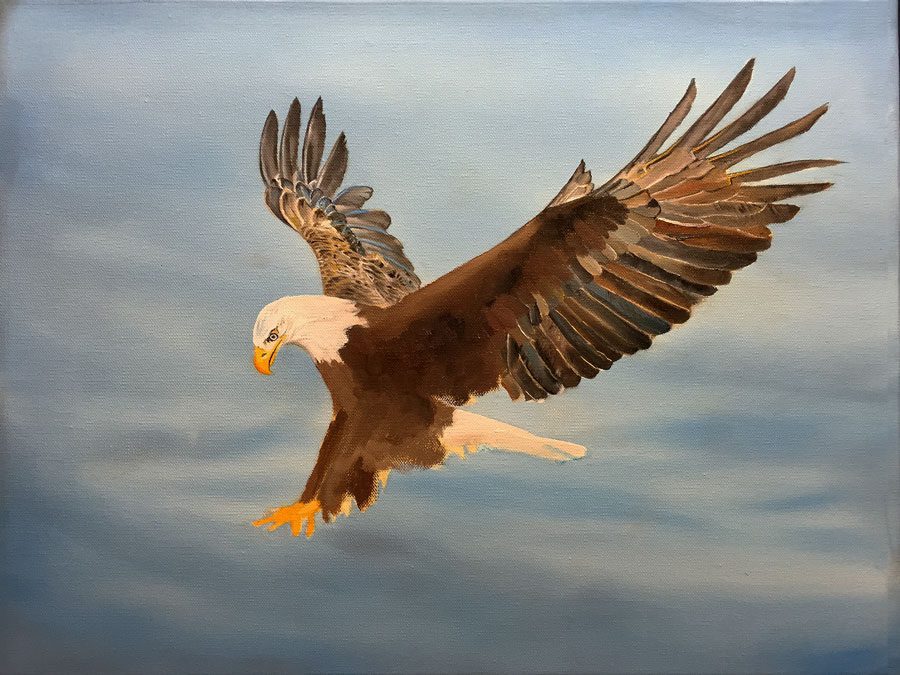 Day One of Oils
is 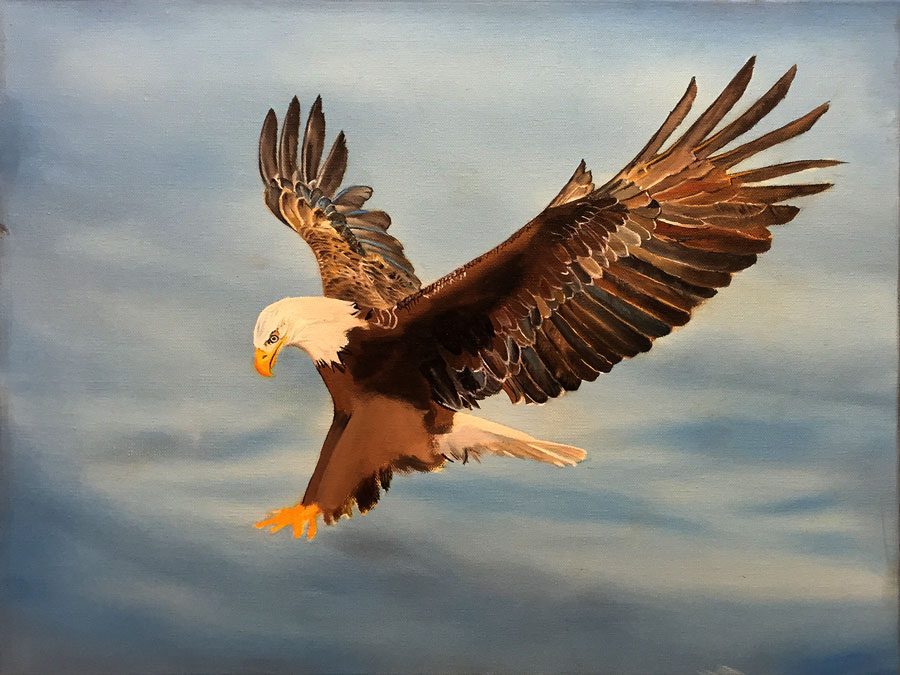 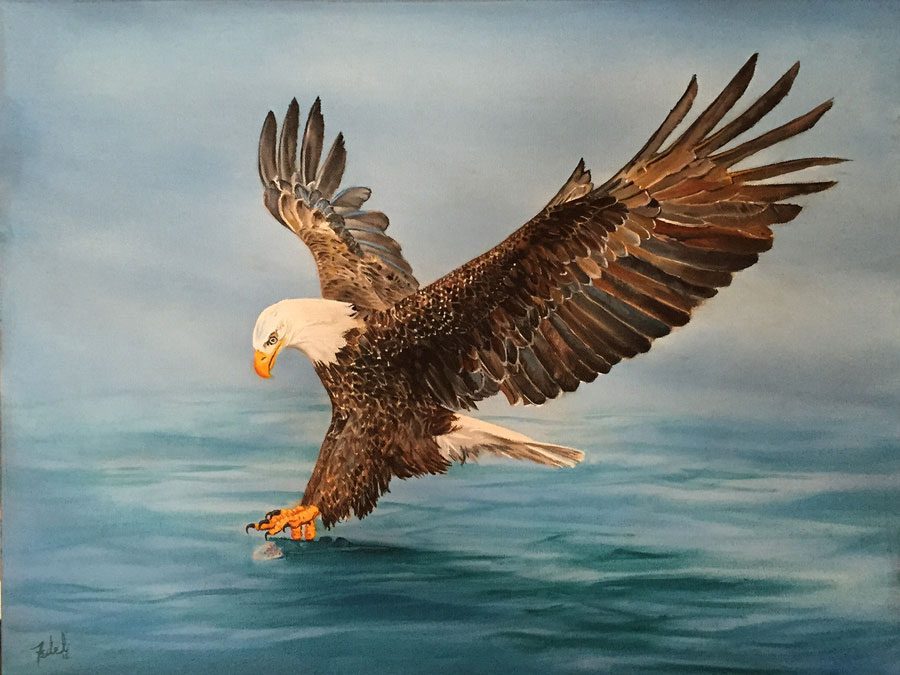 I will get this updated soon!

This website uses cookies to improve your experience while you navigate through the website. Out of these, the cookies that are categorized as necessary are stored on your browser as they are essential for the working of basic functionalities of the website. We also use third-party cookies that help us analyze and understand how you use this website. These cookies will be stored in your browser only with your consent. You also have the option to opt-out of these cookies. But opting out of some of these cookies may affect your browsing experience.
Necessary Always Enabled
Necessary cookies are absolutely essential for the website to function properly. These cookies ensure basic functionalities and security features of the website, anonymously.
Functional
Functional cookies help to perform certain functionalities like sharing the content of the website on social media platforms, collect feedbacks, and other third-party features.
Performance
Performance cookies are used to understand and analyze the key performance indexes of the website which helps in delivering a better user experience for the visitors.
Analytics
Analytical cookies are used to understand how visitors interact with the website. These cookies help provide information on metrics the number of visitors, bounce rate, traffic source, etc.
Advertisement
Advertisement cookies are used to provide visitors with relevant ads and marketing campaigns. These cookies track visitors across websites and collect information to provide customized ads.
Others
Other uncategorized cookies are those that are being analyzed and have not been classified into a category as yet.
SAVE & ACCEPT
×
Welcome